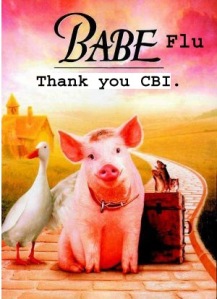 As the swine-flu spreads across seven countries of Europe and Americas, CBI of India has given a hasty ‘clean-chit’ to swines of the world, irrespective of their nationalties. With this, CBI achieves a hattrick of clean-chits in a month which saw similar acquittals of Tytler, Sajjan, and Quattrochhi in cases dating back to pre-Google, post-Beatles years of the 80’s.

Explaining the 1084-page clean-chit submitted by the organization, a source reveals – “Of course, it took us 25-years or so in the other cases, but this time we were sure that swines were being framed without proper evidence. We all know birds fly, and swines not. So, how can you say ‘swine-flew’? Ridiculous.” 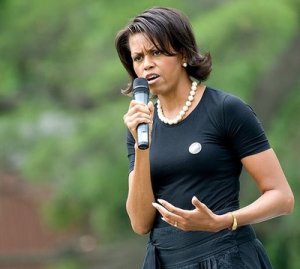 Always by his side

Though American media was rife with rumors of President Obama catching the notorious flu himself, his wife and First Lady Michelle Obama cleared the air by emphasizing that “he is not good at catching anything foreign, be it policy or flu.”

Meanwhile, Republicans have blamed Democrats’ liberal border policy for the latest flu-outbreak. “Had they sealed the Mexico border, we wud’ve no flu crossing over…ye!”, shouted an angry protestor outside Pentagon.