Manmohan Singh’s Confessions On ‘Sach Ka Saamna’ – A Hangover, No Memory Of A Thing From NAM

Truth is stranger than democracy

Appearing on the controversial reality show ‘Sach Ka Saamna’, Indian Prime Minister Manmohan Singh today confessed to a case of serious hangover and possible drugging at the recently held NAM Summit in Sheikh ‘el Sharm (also referred as Sheikh ‘ul Sharm in 33 percent media and Sheikh ‘al Sharm in another 33 percent) while admitting that he remembers “nothing of what happened in those 24-hours” when he was supposed to meet Pakistani diplomats.

Standing bravely in front of an audience comprising of his family members as well as Yashwant Sinha and Prakash Karat, Mr. Singh confessed that “All I remember is that next morning, I woke up with a blond look-alike (later identified as Mr. Jairam Ramesh), a swollen eye, a potato on my face, and a white elephant in my backyard. And yes, a love letter was lying on my dressing table, with no name and no love words, except an address that read ‘Balochistan'” 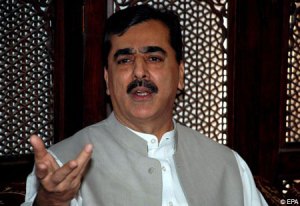 Expressly dismissing the media reports and opposition interpretation that India had sold-out its diplomatic advantage in those few hours of madness, Prime Minister popped a cool mint and added – “That’s not true. At least there is no proof. At least we think so.”

Responding to a pointed query by host Rajeev Khandelwal ( “Do you even remember going to NAM then?” ), Dr. Singh looked sideways before gulping and adding – “Actually I don’t.” As drama built in usually ultra-dramatic TV show, he continued – “The last I remember is me asking my secretary in Dilli – ‘Why the hell are we still having this Nam-Sham? Teeto-sheeto is dead for long. Nahin?'”

Though CBI has been entrusted with the job of finding out who, if any, drugged the Indian contingent at an already-drugged-out summit like NAM, the agency has asked for a leave of absence to first find out which ministers are watching ‘Sach ka Saamna’ in private, while asking for a ban in open.

The show airs on 15th August, 2009, that is, if it’s not banned, PIL-ed, doctored, offense-laden hence attacked, aligned, or post-poned due to some randomly scheduled 20-20 Cricket match.

This guy needs some water. That's the truth.

In a week when Indian media mistook Hillary Clinton for Madonna and US authorities mistook Ex-President APJ Abdul Kalam for just APJ Abdul Kalam, another case of mistaken identities has come up; this one, just a bit more genuine. Shyam Kukreja, a 28-year old steel-utensils shop owner from Ludhiana, accidentally landed on Star Plus’ new show ‘Sach Ka Saamna’ thinking it to be the show where he will get to marry his dream-girl Rakhi Sawant.

A visibly shaken Kukreja confesses – “I thought the man with long hair, asking me questions about my sex-life and choice of ice-cream flavors is Rakhi Sawant’s brother. They had even called my parents, my school-teacher, and my neighborhood kulfi-waalah’s young daughter too to witness this pre-marital interview. ”

Reports suggest that Kukreja’s spell was broken when he was thrown out after he gifted his “best red underwear” to “Rakhi sawant’s brother” as a “nishaani” of his “amar prem” for “aapki behen”. “I thought that was a very personal gift…and Rakhi loves red colour”, Kukreja later added.

Reality show experts believe Kukreja can’t be faulted for this obvious mistake as both shows deal with facing something difficult, overcoming your inhibitions, owning up to your stupidities in public, and ending up with a win that embarasses more than it boosts.

Meanwhile on ‘Rakhi Ka Swayamvar’, the show Kukreja wanted to be a part of, two of the contestants, Ravi Shukla and Pooran Singh,  fell in love with each other and left the show mid-way. Hailing respectively from Kanpur and Malegaon, Ravi and Pooran realized they were made for each other just by the virtue of being on this show.